Warning: "continue" targeting switch is equivalent to "break". Did you mean to use "continue 2"? in /homepages/28/d441710164/htdocs/raniadventure/wp-content/plugins/revslider/includes/operations.class.php on line 2722

Warning: "continue" targeting switch is equivalent to "break". Did you mean to use "continue 2"? in /homepages/28/d441710164/htdocs/raniadventure/wp-content/plugins/revslider/includes/operations.class.php on line 2726

Warning: "continue" targeting switch is equivalent to "break". Did you mean to use "continue 2"? in /homepages/28/d441710164/htdocs/raniadventure/wp-content/plugins/revslider/includes/output.class.php on line 3624

Warning: "continue" targeting switch is equivalent to "break". Did you mean to use "continue 2"? in /homepages/28/d441710164/htdocs/raniadventure/wp-content/themes/adventure-tours/includes/classes/AtTourHelper.php on line 178

Warning: Illegal string offset 'type' in /homepages/28/d441710164/htdocs/raniadventure/wp-content/plugins/adventure-tours-data-types/classes/ATDTP_Shortcodes_Visual_Composer.php on line 90
 Why Malang? 5 Reasons to Visit the City of Flower – Rani Adventure 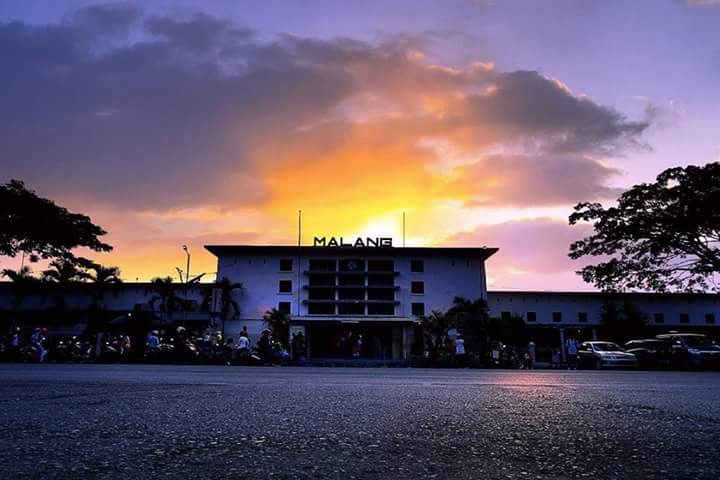 Judging from the title, you might think that it’s just another “5 reasons to do this”, or “5 reasons to visit that” article. Like, you might think it’s a generic post, but really, I bet you’ve never heard enough about Malang. Some of you even have never heard about this city before, I guess. Therefor here I write another generic post about this not so generic city called Malang. By saying Malang I meant to refer to greater Malang area that includes Malang City, Malang Regency, and Batu City. Here are 5 reasons why you should visit Malang :

Not only a strategic transit place for those who do road trip from Yogyakarta to Bali, Malang itself is an interesting place to explore. Malang has its own charm and tourism attraction sites for everyone. Yes, everyone, really. For those who love history and historical sites, Malang has lots of historical sites and monuments with lots of artistic touch. Candi Singosari temple, Candi Jago temple, Candi Badut temple, Eng An Kiong Chinese temple, Hotel Tugu, and Ijen Boulevard are among historical and cultural sites they can visit. For those who love to spend times on museums and gallery, Malang has a lot to offer, from Brawijaya military museum, Frater Vianney zoology museum, Mpu Purwa archaelogical museum, Malang Tempo Doeloe historical museum, Jatim Park 2 zoology museum, to the newest and modern transportation museum. For the parents who travel with their kids, Malang has many amuzement parks to reward your kids after long days at school. Jawa Timur Park, Eco Green Park, Batu Secret Zoo, Wendit water park, Batu Night Spectacular, are to name a view.

For those who love to hike to waterfalls, Malang has Coban Rondo waterfall in Batu, Coban Talun waterfall in Batu, Coban Trisula in Ponco Kusumo, and also Coban Pelangi, Coban Jahe, and Sumber Pitu in Tumpang. For the beach bunnies, Malang has a lot of beaches in the southern coast, including Nganteb beach, Bale Kambang beach, Kondang Merak beach, Bajul Mati beach, Goa China beach, Sendang Biru beach, Tamban beach, Lenggoksono beach, to Licin beach in the border with Lumajang Regency. You can do wide range of activities there, from sun bathing, fishing, snorkeling, diving, and even surfing.

For adventure lovers, Malang has lots of mountains that surround the area. There are Mt. Panderman, Mt. Kawi, Mt. Banyak, and Mt. Butak. Mt Semeru and Mt. Bromo, although administratively not loacted in Malang, are easily accessible from Malang. Do you think that’s not enough for you? Don’t worry, Malang still offers a lot of adventure activities from rock climbing, snorkeling, diving, rafting, rope course, to paint ball group games.

Malang has a long history of being one of the most important and significat cities in Indonesia. The history dates back to as old as around 8th century, which was the beginning of Gajayana Kingdom in Malang, according to Dinoyo inscription (760AD). The city then occupied by Mataram sultanate in the 17th century and then transferred to Dutch colonial rule. There was also another kingdom that existed in now modern Malang area, which was Singhasari Kingdom. The kingdom ruled the area from 12th to 13th century, whose fall then created the infamous Great Majapahit Kingdom. There are some historical monuments left from these kingdoms around Malang area. During the Dutch colonization era, Malang has served as important city in term of military, governance, and also trading. Malang is now well known as city od education, with more than 20 univeristy and other higher institutions. Due to its importance and significance, Malang has attracted a lot of people to come to the city, which makes this city rich in culture.

Malang has a specific dance called “Tari Topeng” or masked dance. This dance is usually a teathrical open air performance and containing a story about Panji or hero. The story is mainly about the love story between princess Dewi Sekartaji and Raden Panji Asmarabangun, a prince of Jenggala Kingdom. The masks have different colors that signify different meanings and characteristics. Red, which usually used to represent “sabrang” or enemies’ characters, signifies anger, arrogance, and doubt. White signifies calm, while green signifies lust, and yellow signifies greeds. This dance is no longer performed regularly nowadays. However, people can still watch the dance and teathrical performances in special occasions like wedding celebrations or cultural festivals.

Besides its historical and cultural values, Malang offers a wide range of culinary tourism destinations. Malang is well known for bakso, a meat ball soup. It’s made of minched meat and mixed with flour. Bakso is usually served in a beef broth soup, along with noodles, lontong (steamed rice in banana leaf), and some deep fried side dishes. There are lots of variations of bakso nowadays, including super spicy meat ball and grilled bakso. Malang has a lot of eateries, from street vendors to high end restaurants, with a lot of varieties of local, middle eastern, and western food. You will not be starving in Malang! Instead, you will be craving for more!

Related to good mood section, Malang also has a pretty lively nightlife scene. From cafes, clubs, to pubs, Malang has it all! Malang also has lots of modern cafes offering wide variations of coffee, where you can have chat with your partner or friends while grabbing some snacks!

Malang is the second largest city and also one of the most important cities in East Java. Based on 2010 census, Malang city’s population is about 820,243 people, excluding those who live in greater Malang area, including Malang Regency (about 2.4 million people) and Batu (about 200,000 people) . The number of people can be way more than that if we count the non-residents. There are a lot of people coming to Malang to work or to study. With  more than 20 higher education institutions, Malang ahs attracted students from all over Indonesia, as well as international students. Thus, you will find people from almost every ethnicity background in Malang.

The people of Malang generally are friendly and easy going. Malang is not really a fast paced city so the people are more relaxed and approachable. Malang has a car free day program every Sunday where people do sport pr just mingle with their friends. Jalan Ijen (Ijen boulevard) is always closed on Sundays for this car free day program. Come join them for a jog and you’ll feel welcomed!

So why wait? Get your bags ready and travel to Malang! Be ready for unforgetable experiences you’ll have here!

admin
Next postBefore You Go to Indonesia